Yeah, you read that right, a broken machine! 😦

Let me start at the beginning. As of Tuesday night, I had three quilts basted and ready to quilt.

First, I had this one. I didn’t piece this. I saw at a garage sale last spring and I just didn’t have the heart to leave it there. I spoke with the maker, and got her name so I can give her credit on the label. I’ve decided to name this one “Via Gleneagle” after the neighborhood where I found it. 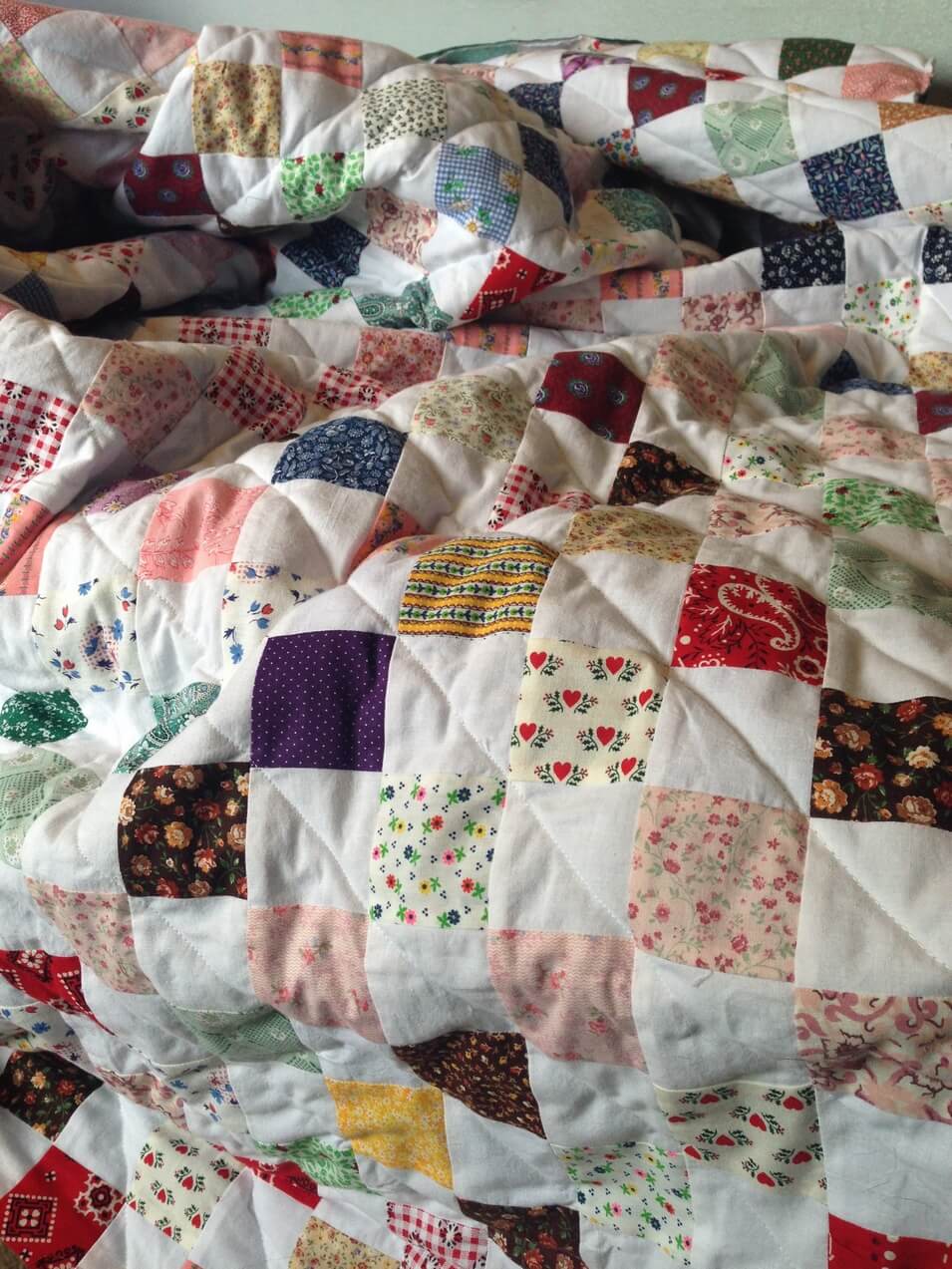 I did minimal quilting on this one and honestly didn’t do that great of a job. I was really sick at the time (I’m getting better!) and probably wasn’t as careful as I should have been. I have a few big puckers in the back that I’ll be fixing. I kept the quilting minimal on this because I thought it gave it a more old-fashioned, poofy, ‘snuggle on grandma’s couch’ sort of feeling that matched the design of the front. 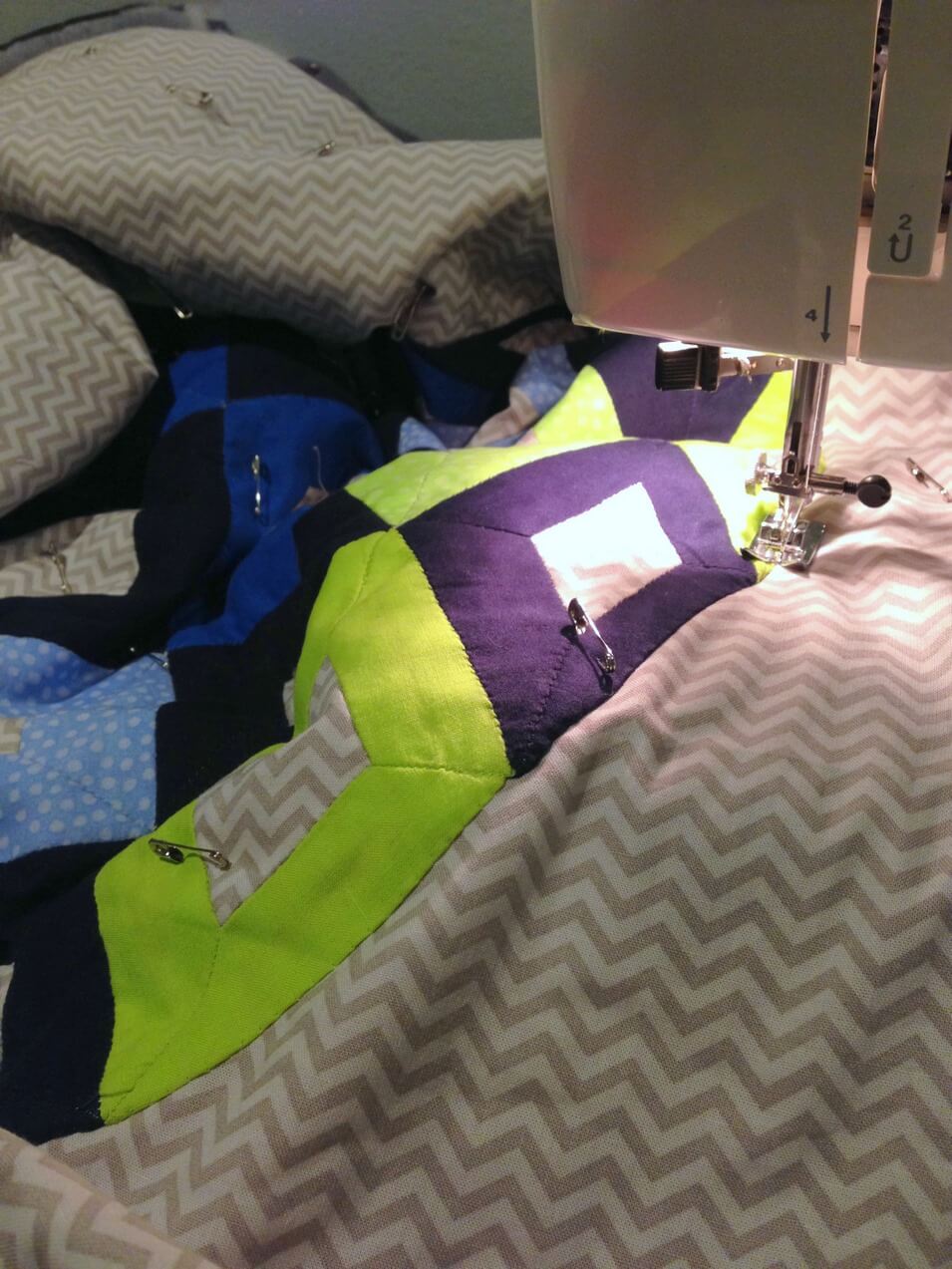 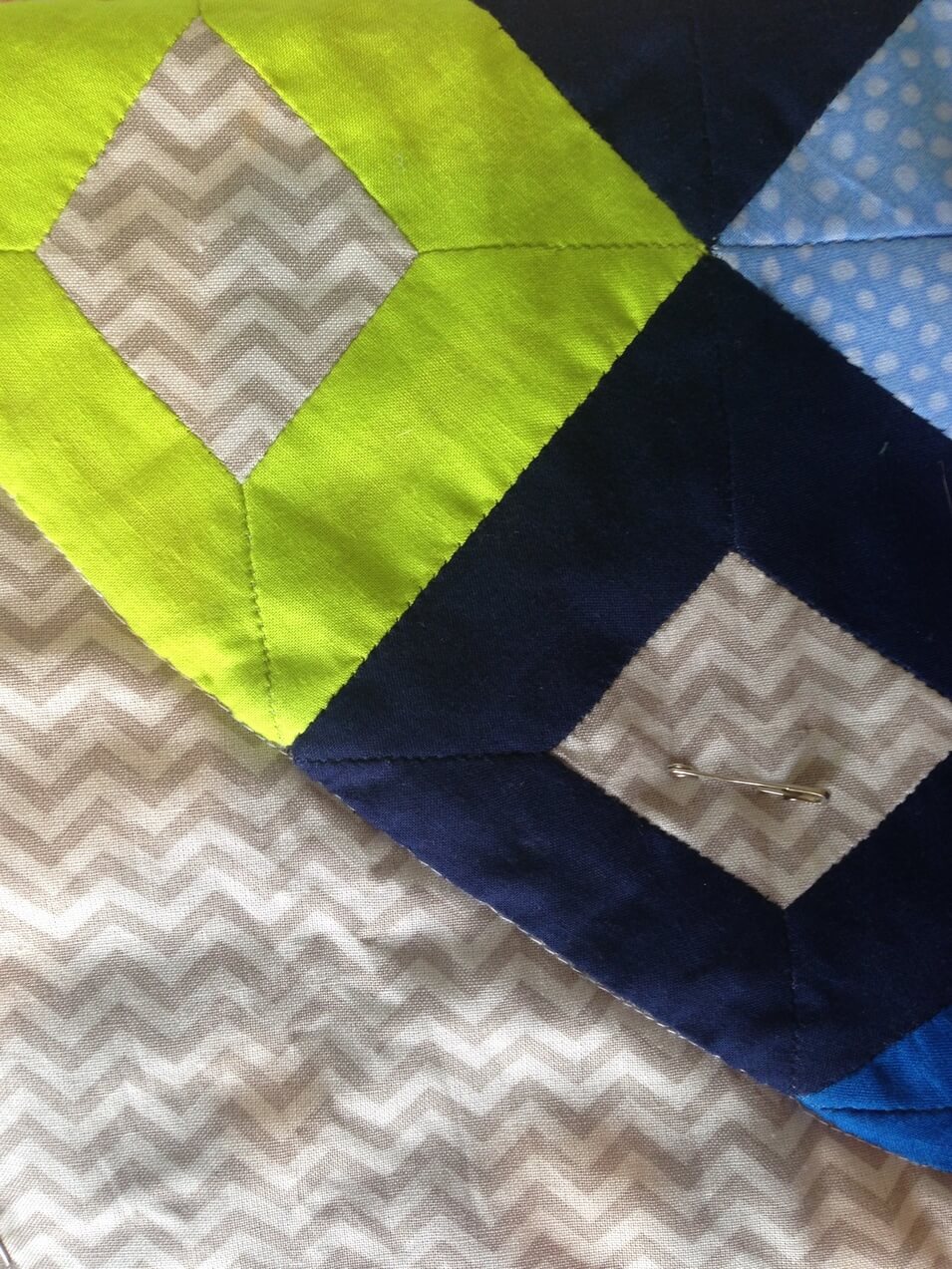 The next quilt I had basted and ready to go was my Quilt of Champions. I am taking the quilting on this one a lot slower because I really love this quilt and don’t want to screw it up! I managed to get the quilting around the circle done this week. I WANTED to get it completely quilted, but c’est la vie! 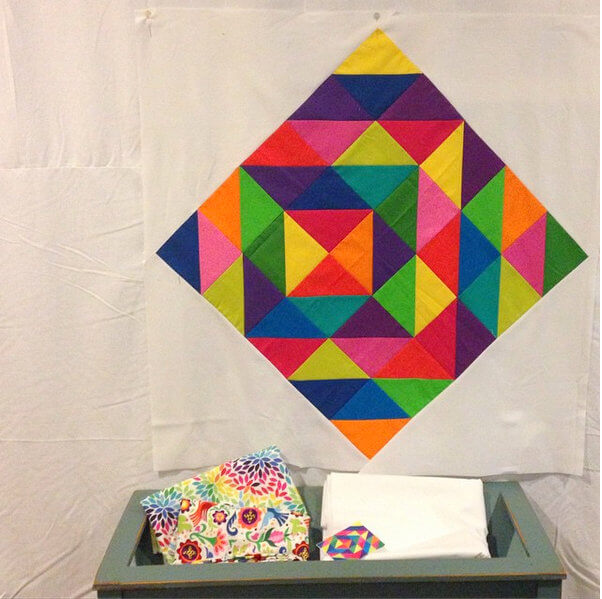 Lastly, I have this quilt, which I haven’t shown on the blog yet. You’ll have to excuse the terrible photo. I know I had good shots of this at one point, but they seem to have gotten deleted off my computer. After this photo was taken, I added a bunch of white and put the diamond in the lower right side. It’s been basted for months and months and I’ve been trying to decide how to quilt all that negative space. I have a plan in mind now, so it’s just a matter of getting the thread and getting to it. This is a big one, and I free motion quilt on my domestic machine, so I have to be really careful.

Speaking of my machine…. my poor machine.

I sew on a 15-year old, very basic Kenmore sewing machine that my husband bought me when we were first married. This machine sat neglected for years in the crawl space of my house until I realized two and a half years ago that I love quilting.

It’s not even close to being the best machine out there, but it’s always done everything I’ve asked it to- until this week.

Over the last week, the cord on my foot pedal was acting a bit sketchy. When I’d turn my machine on, it would take a bit of wiggling before it would jump into action.  And then, yesterday, it just stopped mid-seam.

I knew the day was going to come eventually. So I starting scoping out new machines. And then like a good, budget-conscience sewist….. I ordered a replacement pedal.

Dear Lord, I hope it works! In the meantime, I’m just going to be working on my embroidery skills! 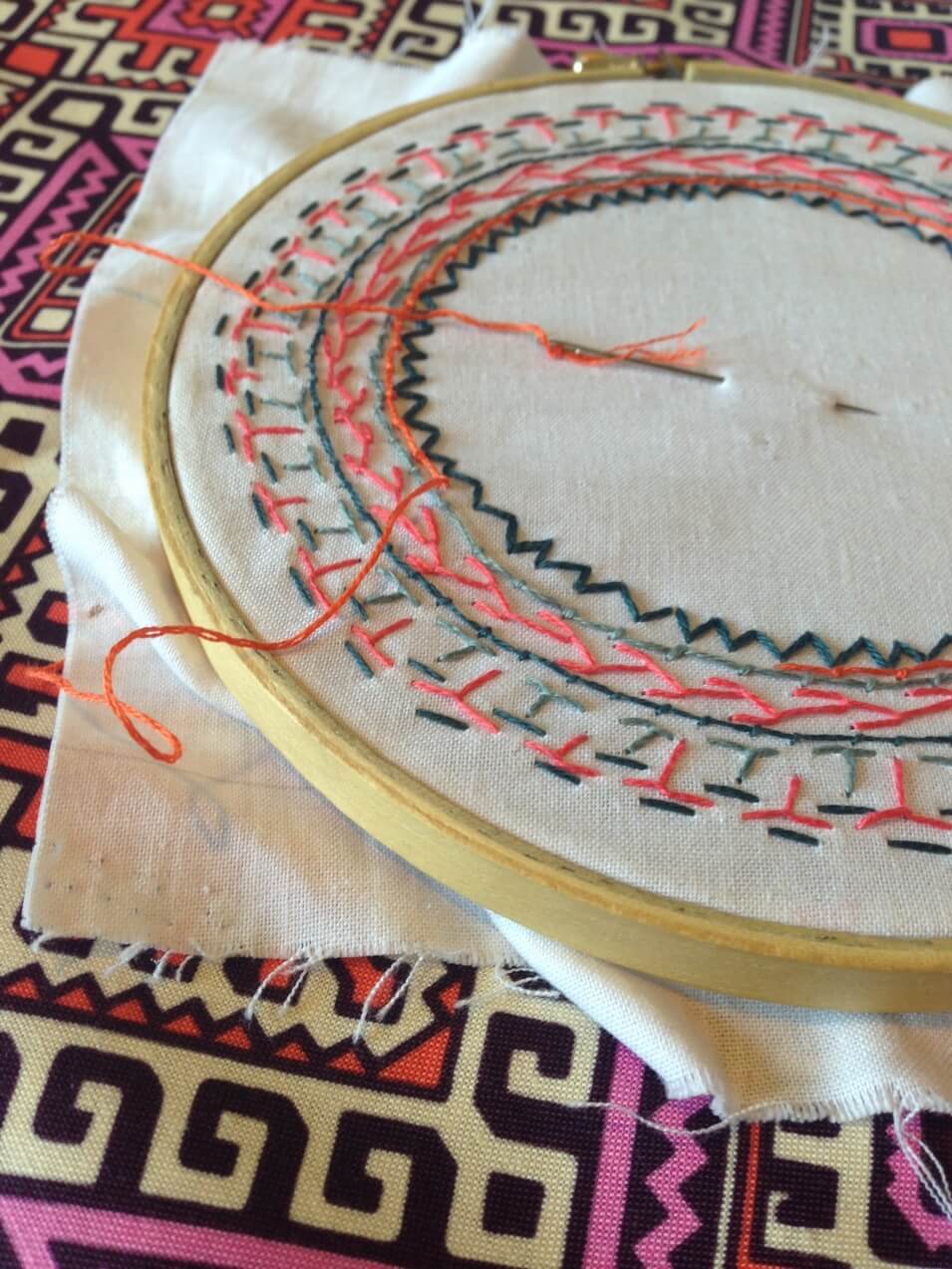