So here we are at the end of March…. what just happened?! What a crazy month. How are we doing- are you all ok out there? Can we all agree that April Fool’s jokes would just be too much at this point, and just ignore the holiday all together?!

At the beginning of the month (which seems like forever ago), I was hoping to complete something rainbow-themed for Sarah’s linkup. Here was my plan:

“Besides just showing past projects, I wanted to set myself a goal this month to make something based on the theme. As I said earlier, I would like to finish the scrappy rainbow By Your Side quilt this month. I also would like to play with rainbows using some curved piecing blocks from Modern Curves and Bold Stripes. Or maybe more mini blocks from the Sew Tiny Sampler!  I’ll check in at the end of the month to let you know how I did.”

Little did I know what March had in store!

I won’t bore you with the details- I think we’re all navigating lots of crazy changes and uncertainty right now. My time has been occupied elsewhere, and besides some mask covers, I just haven’t been able to sew much!

I did end up choosing a project, though! I have had these little rainbow strips in my cabinet for quite some time. Early in the month, I was getting something else out and came across them. The colors made me so happy, and I knew I just needed to make something with them to brighten up my month. 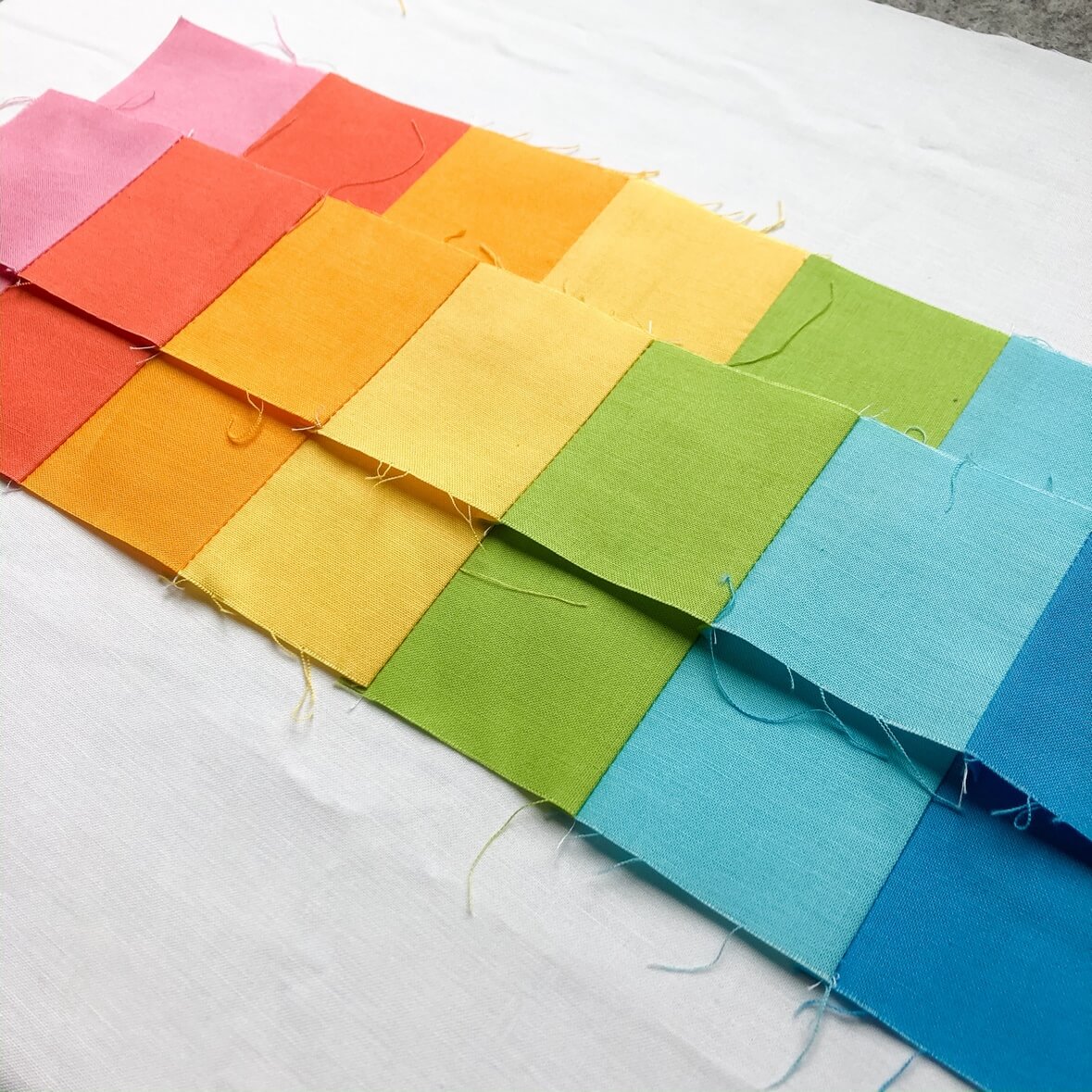 I originally planned on it being a table runner, but I was making the background white and I didn’t want it to get ruined. I have a tall, narrow spot on my studio wall that is blank so I decided a wall hanging was better.

I quilted each section by color, and I love the effect on the white! 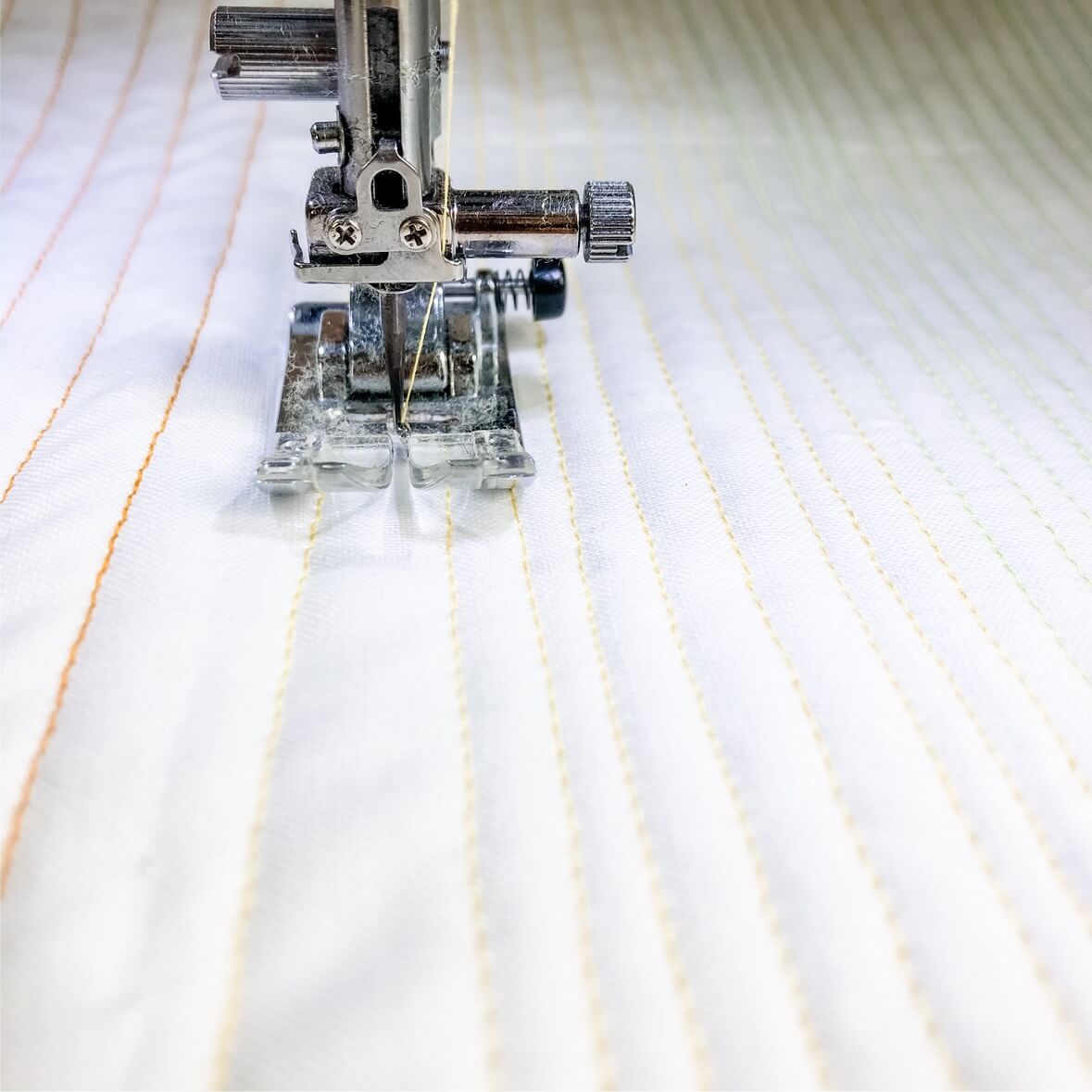 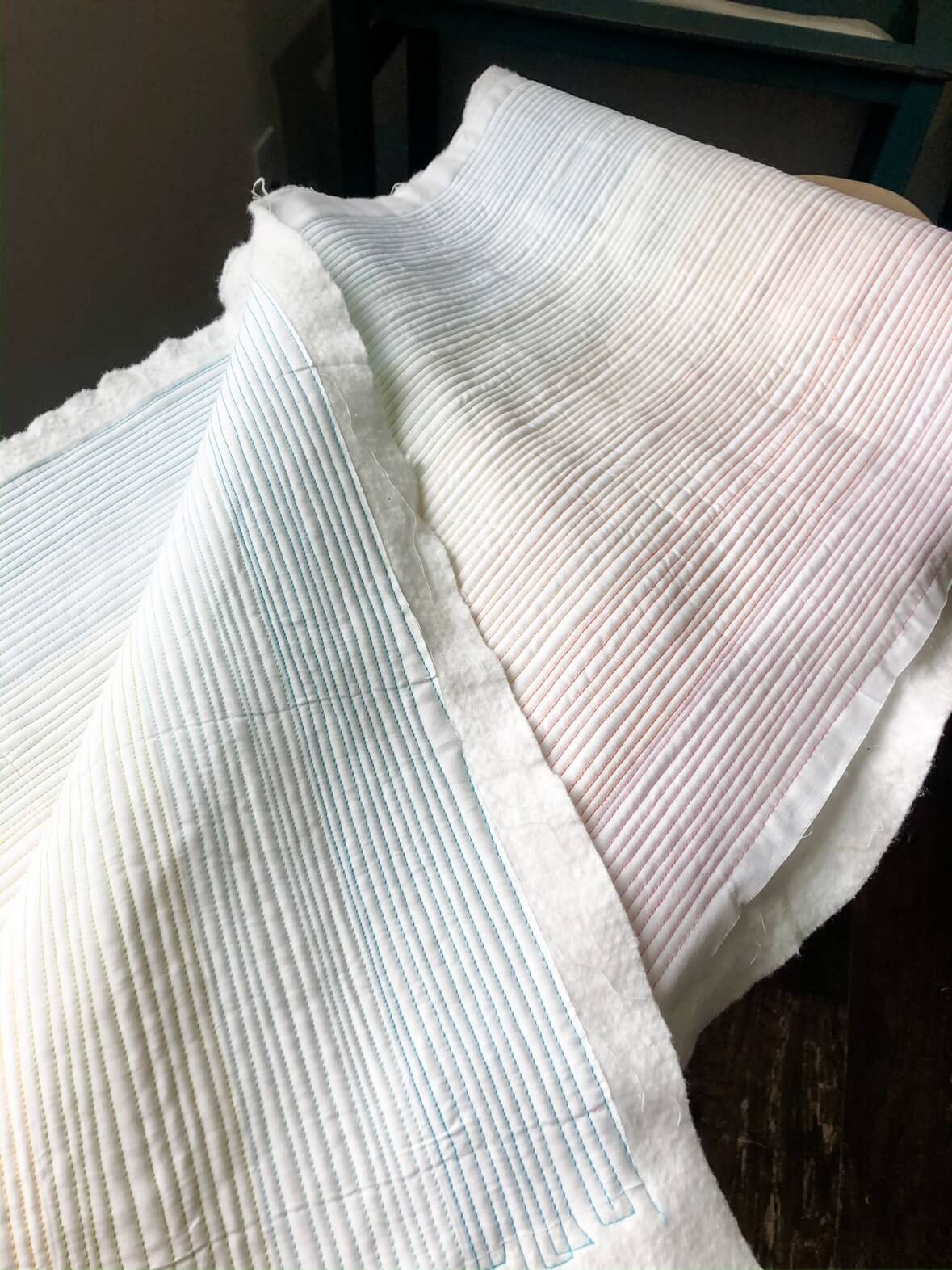 I got so close to finishing. The binding is all that’s left, but I changed my mind on the binding fabric at the last minute and don’t have what I need. I’ll be using Kona white, which I usually have on hand. But I used it up making mask ties and although I reoredered some last week, it’s still on it’s way to me. But I am counting this one a success because I WOULD have had it done tonight if I had the fabric I need!

Make sure to visit Sarah’s Linkup page for this month to see all the other rainbow projects!

And here’s hoping that next months brings more time for happy sewing! ~L